Bill Brown, RHS Class of '59, has published a collection of essays under the title "Yellow Cat, Hendry & Me: Dispatches From Life's Front Lines."

The book is available from Amazon.com and Barnesandnoble.com. Signed copies also are available from Bill. Bill -- whose sister, Beulah Laster, and brother, Donnie Brown, still live in Ruston -- hopes to be in Ruston soon for a book signing. 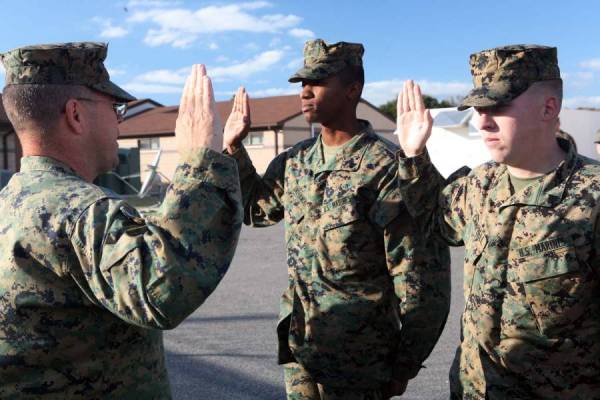 Marine Lt. Col. Dan Thoele, executive officer leads
Sgt. Kyle Campbell (r) and Sgt. Kendrick Underwood (l) in the
oath of enlistment just prior to promoting both Marines
to the rank of sergeant 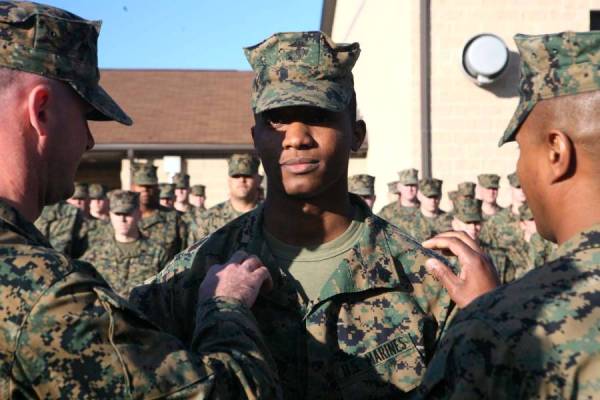 
"Mean" Fred Dean, Class of 1971, has become the first RHS Alumni to be inducted into the NFL Hall of Fame.

Click Here to see the entire story from the August 3, 2008 edition of The Ruston Daily Leader.

Click Here to see Fred on the NFL Hall of Fame web site.


Matthew Ramsaur, Class of 2008, recently had his film Drunk Driving accepted as one of the top 20 entries in New York City's Independent Features Film Festival.

Click Here to see the entire story from the July 25, 2008 edition of The Ruston Daily Leader.


RHS Alumni James White, Class of 1954, has done a wonderful pen and ink drawing of Ruston High. These drawings are available through the Alumni Association.

Click Here to see the drawing and for more details on how to get your signed copy.

a news article in the April 12, 2008 edition of
the Monroe News Star
by T. Scott Boatright

Fred Dean named to the Pro Football Hall of Fame

a news article in the February 2, 2008 edition of
the Monroe News Star
by Nick Deriso

a news article in the June 15, 2007 edition of
the Ruston Daily Leader
by Chuck Cannon

a news article in the June 12, 2007 edition of
the Shreveport Times
by John Andrew Prime

a news article in the July 10, 2007 edition of
the Ruston Daily Leader
requires AdobeŪ AcrobatŪ Reader

a news article and photo in the January 28, 2007 edition of
the Ruston Daily Leader
by Mary Margaret van Diest (class of 1965)
requires AdobeŪ AcrobatŪ Reader

Brown receives first
Commerce and Industry Award
given by RHS

a news article in the November 26, 2006 edition of
the Ruston Daily Leader
by Mary Margaret van Diest (class of 1965)
requires AdobeŪ AcrobatŪ Reader

Julie Jackson Lusby (Class of '68) and Fred Holland, Jr. (Class of '69) would like everyone to know that their daughter, Jolie Holland, has a successful music career. 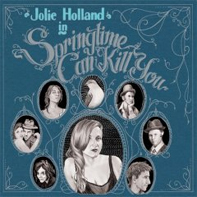 She's been compared to Billie Holiday and has been called the best whistler since Otis Redding.

"Springtime Can Kill You" is Holland's third official release and is a gorgeous collection of sleepy, downtrodden ballads that have a rather lonely, back bar on a dirt road in Texas feel to them. Holland's voice is the real draw; at times she hooks you in with a sultry, bluesy feel, at others it's whimsical and playful, despite echoing themes of melancholy throughout. "Springtime" could very well be the singer/songwriter album against which all others are measured this year.

Have you or a family member experienced something exciting that you'd like to share? Got married? A new job? The birth of a child? Or maybe that special vacation? Contact Us and give us your information and we'll post it here.